Sorry for my delay here but its been an interesting week to say the least. 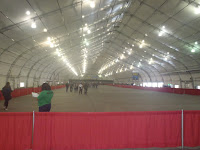 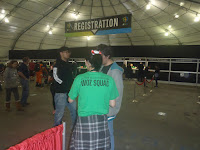 No, really this is the tent that was for registration and by huge its a good football field size in length 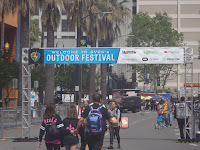 This local event was pretty nice to see so many people really pumped
for the evening which is saying something.
The three days started on Friday and the event stretched out to the Cesar Chavez Park infront of The Fairmont and reached down Park Avenue past The Tech Museum and wrapped around Civic National Center to the Convention Center to The California Theater on First Street basically about 6 city square blocks giving another convention a run for its money. 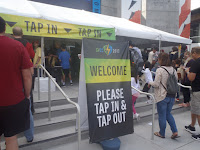 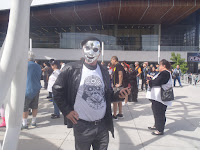 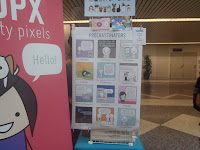 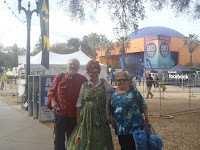 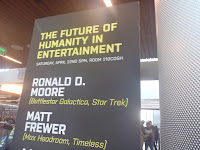 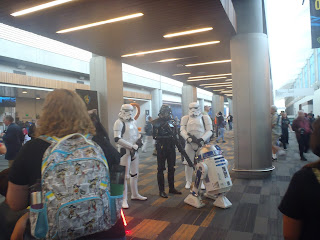 From a lot of opportunities to learn and meet great people there was a constant presence of excitement in the air from the Free Movie in the Park to the SETI SpaceBall on Saturday to Sunday's events with Grant Gustin and Tom Felton. There was a lot going on ..did I mention there were food trucks and stuff?

there was a lot to catch and do and be part of .

Admittedly I did a lot of stuff done but by Sunday I was wiped out I stopped by the park and that was all she wrote.

There is more to share and I will but right now...
GET YOUR TICKETS FOR NEXT YEAR !!!!

Posted by Patricia Appelquist at 10:03 PM