" You forgot didn't you?" The chaperone said to Emily.
"Uh" Emily replied.
"You forgot to not drink the water didn't you? Remember, you will have stomach cramps and diarrhea if you drink the water here?" Emily looked at the water then for the nice lady that gave it to her, then back to the chaperone standing above her.
"I don't understand, what is happening"
The chaperone sighed then in spanish called out to the elderly lady speaking quickly as the elderly lady spoke and pointed at Emily. Then the chaperone yelled "NO She is not with US!"
Frustration hung in the air. Emily felt her throat start to close up as she wanted to cry but couldn't.
The chaperone turned her attention back to Emily.
"Listen, the border is closed and open to people who pay for transport. Do you have any cash on you what-so-ever?"
Emily blinked again as words stuck in her head as she couldn't process the very realization that she drank tainted water while stuck in a foreign country.
"I just want to go back to Dayton, I had a plane ticket I got robbed" she added weakly as her voice trailed off.
The Chaperone looked at the other four students sitting quietly as she had asked. " I don't need another headache " is all she could think.

Fortunately, the broker arrived. A tall, thin man in a linen suit walked into the Catina that had become a shelter for the displaced. He saw the exasperated teacher over the wilted child and smiled
"Oh good ! Another customer ! " he said a little too loud that he earned the scowl of the barista.
The Chaperone actually looked relieved upon seeing the man as he approached.
"Is this another Student Mizz Portance*?" The Chaperone slapped her hand down and said
"NO! and its MISS Porter*....Janis Porter*. Now did you get the BitCoins so we can leave?"
The thin man smiled tilting his head slightly as he looked down.
" Yes, MISS PORT-ER*. The funds have been paid for you and your four students. The vehicle will be here in an hour. Remember No Refunds. Here is your call sheet to get you across the border"
Ms. Porter looked at the sheet and curtly thanked the thin man as she walked over to the table on the far side to the four students who were going to be made into patients.
Emily was getting disorientated and suddenly felt queasy as the man took the seat across from her.
"I see you have decided to drink the water well, that is unfortunate." Emily didn't care as her thirst was greater now than previously.
"How do I get back to Dayton?" The man smiled exposing his random gold teeth.
"Simple I need either $1500 USD or $100 BitCoin and you will be leaving on the vehicle in an hour too" Emily was dismayed she had no money and no way to get it. She started to explain then the man put up his hand stopping her
"It is very simple you can pay or stay. I don't care the why or the who all I want is the money-do you understand" Emily was dumbstruck and did not comprehend what was happening. The thin man stated
"I have no patience for your pathetic life you can ask the old woman on where the bank or cyber cafe is but if you want to get back to ...this Dayton, you need to pay fifteen hundred US dollars or a hundred dollars in BitCoin" With that the man got up and walked over to the elderly lady giving her a list as well before exiting the cafe.
The elderly lady walked over and said
" In about two hours your will start to get diarrhea and then the cramps will start. You will need to make up your mind soon or else I will throw you out. " Emily was realizing her situation and suddenly remembered
" Yes, I can pay I need an computer with an internet connection " The elderly lady smiled and got up from the table and grabbed Emily's hand taking her to a room behind a curtain where six rows of tables with computers were lined up. Each one occupied with some lost soul trying to reach out to the digital world. Emily sat down at an older model Macintosh that had duct tape holding the monitor screen together. The elderly woman took a card out of her pocket there was numbers printed on it 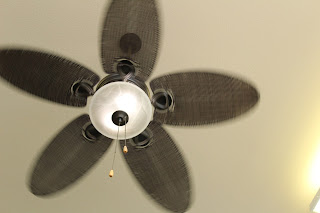 " This is the BitCoin account on the first row. The routing and account number on the second. You have 15 minutes. The vehicle will be here in 30 minutes." Emily nodded and waited for the computer to start she went to her Apple Pay account where she typed in the amount necessary and transferred the funds to the account provided. She printed out the confirmation and knew what she was going to do next except her legs went out from under her.

Emily looked up at the ceiling fan and then the MISS PORT-ER looked over her as the elderly woman handed her a small pill and a fresh bottle of coke.
Emily said " What ? I transferred the money? "
Chaperone Miss Porter replied " You already drank too much water. Hopefully, this will help. Take small sips and stay down. Boys move her to the gurney she can be the patient" One student commented "Darn I wanted to the patient"
"I am dizzy" Emily said to no one in particular.
"No, your name is Sarah Van Buroughs *from San Diego. Ben you can drive right? " The second student who was putting a sheet over Emily
"Yes, I can"
"Okay good now I will be the nurse, Johnny and you, Scott will be Doctors and Ben you can be the driver"
Emily took another sip of the cold coke and then the pill before catching on.
To get across the border from Mexico to the US only life threatening patients were being brought over as part of humanitarian cause thru variety of agencies. Two or three of the actual vehicles were real patients but out of the twenty vehicles in the caravan it was impossible to tell who was who except everyone had a serious medical condition.
As the beaten down bus arrived Ben took the driver seat as Scott and Johnny loaded Emily strapped to a gurney in the back. Miss Porter too the passenger seat as now a series of vehicles started the trek North to the border.
Emily remembers leaving the cantina and the bumpy road to the border where they sat for what seemed an entire day. Miss Porter gave her another pill and a fresh coke when she woke up in the middle of the night telling her
"Please be quiet we are almost there"

Almost There but where was There? .....find out in the conclusion of Worst Travel Story Ever ...next week.
*Names are completely fake and not related to anyone. Any coincidence or similarities is not intended as this is a work of fiction.

Posted by Patricia Appelquist at 12:07 AM