What to do in AUGUST ?

I think August is a great month, I compare it to the time in the early morning prior to when the sun would be rising in the east as the moon left the night sky. When I was much younger and had my own difficult sleeping nights I would awake just before sunrise and go out into the backyard seeing the sky turn from deep purple to the lighter shades of blue. The lone call from a bird in the distance breaking the silence that was still.

August can also be the treacherous month of the year where you plan your holiday party or your divorce. August is the trial before the fire of the holiday season and where you will find yourself ...

Let's start the month in Atlanta, Georgia complete with a Tour of the Switchyards Downtown Club on Wednesday August 2nd and then at 6pm attend the Small Business Workshop

On Friday August 3rd let's head over to Detroit, Michigan for the Dearborn Farmers Market  afterward head over to Waterford for Oakland Uncorked Event featuring some amazing wine and food.

Next let's make some wishes come true for Wishery Camp on August 8 in Newport News, Virginia Afterward you can check out the Summer Concert Series in Suffolk, VA

August gets hot so you gotta learn how to cool down and Miami, Florida has some interesting ways to do that but check out Finding Mona Lisa in Cora Gables Actor's Playhouse  on Friday August 11th. Or you can do a Yoga Rocks Retreat

Finally for the last weekend in August head up to New York, NY for the following opportunity to do the CFC Swim or Cool Fit Club at McCarren Pool  7:30 AM on Friday August 25th afterward head over the Grand Central for Food Block Party  before you end the night at a Rooftop Party at SkyRoom 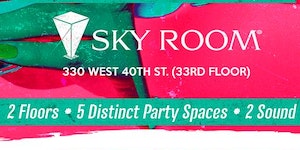 Posted by Patricia Appelquist at 8:32 PM