Really nothing is planned ...ha! my birthday weekend is gonna Rock

So if you are over your lovey dovey stuff then let's get to planning my birthday celebration because if you don't have plans I do...


For tickets and more info, call (855) 851-0399 or visit PubCrawls.com
3 Days of pub crawling during St Patrick’s Day Weekend.
Friday March 14, Saturday March 15, and Monday March 17
You know what they say - things are always bigger in Texas. Bigger steaks, bigger cars, and bigger Pub Crawls! There are many cities in Texas, but when you're looking for the one with the top bar scene, it doesn't get much better than Houston, and once St. Paddy's rolls around, it only gets better. The producers of the world's largest Pub Crawl, are prepared to recreate history and throw the biggest pub crawl that Houston has ever seen! When it comes to their crawls, PubCrawls.com puts together only the biggest and best events, and this year they've enlisted the help of some of the best bars that Houston has to offer.
Start your bar crawl at the center of Houston's bar scene, Midtown Drinkery (2416 Brazos St). At Midtown Drinkery, you'll receive a PubCrawls.com branded cup, a wristband, and map, which will outline the hottest bars for the St Patrick's Day festivities. Each of these bars will be hosting awesome drink specials that include discounts on draft beers and mixed cocktails. There comes a time when sitting in one bar all day long just doesn't cut it anymore, and chances are that the time is now! Saint Paddy's is the time of the year for joyous celebration, wearing green, and social drinking, so make sure to gather your friends and spread the word. It's one of the only times of the year where you can leave the house dressed in all green, have plenty of drinks, and fit right in. 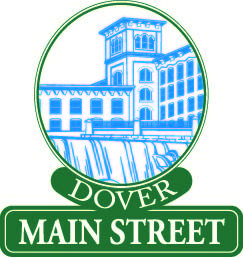 Join Dover Main Street for the 1st race in the Dover Race Series (http://www.doverraceseries.com/). It's a 5k run and then a pub crawl around downtown Dover, NH to 13 different restaurants. Or just run. Or just Crawl!


SFNightLife.Com Presents... The BIGGEST pubcrawl of them all: The San Francisco St. Patricks's Day PubCrawl! Last year St. Paddy's Crawl SF attended more than 3000 people, why not break this number in 2013 crawl!!! It’s time to put those Shamrocks on and head out at the World Famous Pub Crawl for some real shenanigans at over a dozen or more venues around and along the Marina & Union Street with some mind numbing drink specials. The city will be buzzing with energy on St. Patrick’s Day, so meet some new friends while enjoying drink specials and creating great memories. This two-day event (March 15 & 17th 2014) will have the city shamrocking! - See more at: http://www.sanfrancisconightlife.com/event.aspx?e=11871#.Uvh1VEtX_Ww
Posted by PatriciaAppelquist at 7:00 AM
Posted by Patricia Appelquist at 1:55 AM