Renting A Car versus ?

If you did read my personal blog, you would have learned that I fell hard for ZipCar. ZipCar was a Vehicle Sharing Service that I was a member of since 2012. It was $70 a year for insurance and membership was around $90 when I left. The benefit was as an occasional driver I paid my annual dues once a year along with the vehicle insurance that covered everything. Next, my mileage was free up to 180 miles per day and ZipCar also paid for the gas. 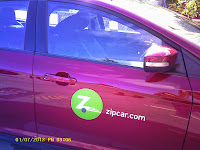 That was great because I could travel 180 miles away have my insurance paid and gas too. It was great. Rarely did I go over my allotted miles. 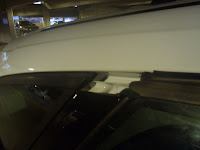 I think it was 2014 when ABG (Avis Budget Group) bought ZipCar that I noticed the problems creep up. From payment declinatons to increased fees and taxes to cars having issues...like big issues. From flat tires to no gas in cars. It was just an added item to what was becoming a laundry list of issues.

In the end it was simple problem to fix but due to the ZipCar policies and benefit of knocking older memberships off their preaquisition insurance policy I ended my relationship with ZipCar in 2017.

I have not owned a car since 2012 and ZipCar allowed me to come and go but ABG saw the system was taking away their core customers college kids so the corporation basically dismantled the ZipCar program by placing cars in public spaces making these cars ideal targets for thieves. From the gas cards to Fast Pass ZipCars were Zippy for Thieves. One thief stated she just broke into the cars because it was so easy to do.

I had to find a different way to get around and trust me I tried a lot of options and finally settled on Enterprise Rentals. This was in part to Avis and Hertz had joined forces and I was going to not give Avis any more money after I spent so much on ZipCars for 5 years. 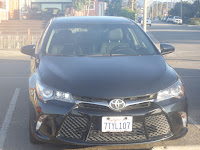 Now Enterprise is basic rental with a deposit of $200 for every time you rent a vehicle with them. You get the money back but with my bank its 3 days. Its a nice feature. The cars I picked up so far are all really good shape and usually have a full tank of gas.

That is the thing, Gas. Paying for gas is not my favorite idea at all. Neither is parking. So the St. Patrick's Day Weekend I spent over $100 on gas and parking. People pay to park their car a lot of places. Its absurd to me because I take public transit a lot. I usually have maybe $20 to spare. That $20 usually goes to food or a nice dinner and a show. Oh I am sorry I would have $120 to spare.
Yet, the leisurely driving I did over the holiday weekend in March was all worth it ...at least if you looked at my Square receipts and Bank Balance notices emails I got (hint I spent WAY more than $120) .

I recommend taking Enterprise in part because their cars are always clean and tank is full when you pick up at the location. I appreciate the team at the Mountain View, CA location because 1) they remembered me 2) they remembered me after me not renting for 5 months 3) They recognized me called me by my name and had my car waiting for me.
It is really simple customer service that made me rethink that a $200 deposit is worth three days driving two of the days I spent chasing the rain.

Basically, ZipCar had a good thing but not the greatest option when you wanna look like an adult and pick up your Man-Friend's parents and there is a green sticker on the side of your car and you spend the next twenty minutes to the entire weekend explaining the car sharing idea and why you do not own a car.

Posted by Patricia Appelquist at 6:05 AM