For the record, people did #VisitMe but they went to the San Francisco Film Festival while I have become so over sitting in a movie theater I decided to stand in line...and line  after line at Silicon Valley Comic Con where sighting of Stan Lee riding his scooter was part of a made up Scavenger Hunt where I tried to take pictures with each color of the #WozCrew which was interesting.
Pictures after the jump 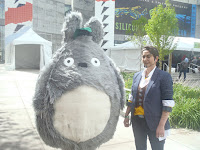 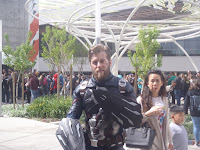 The Cosplay was really good and that is what is a highlight of this event and all the different variations and unique costumes. 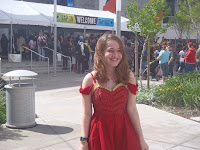 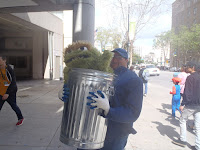 From individuals to groups, men and women were very gracious and ingenious in their outfits. 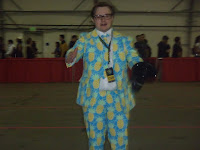 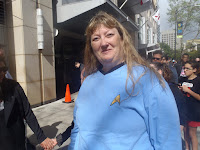 Yes, these are also all the pictures I got while standing in line. 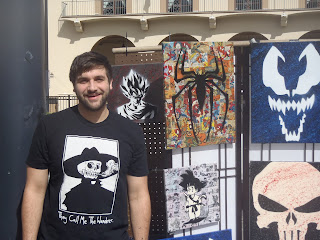 Local Artists like Guarino Studios were there too with more art than you could shake a stick at
Posted by Patricia Appelquist at 6:06 AM

Email ThisBlogThis!Share to TwitterShare to FacebookShare to Pinterest
Labels: SVCC18